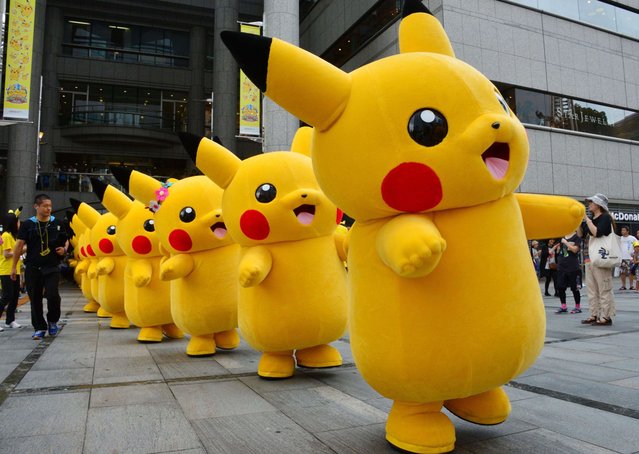 Back at the dawn of gaming, no-one could predict the unbelievable worldwide success Nintendo’s Pokémon franchise will have. Since its release in 1996, the game has expanded to movies, comic books, and merchandise.

Fans have become obsessed by plenty of the characters featured in the franchise, but Pikachu, the familiar yellow-furred mouse is a clear favorite – even among collectors. But Hong Kong citizens are about to lose their beloved “No. 25 Pokémon.”

As way of celebrating the franchise’s 20th anniversary, the Pokémon Company – partially owned by Nintendo – said it would release a new pair of video games for the handheld Nintendo 3DS game counsel, named Pokémon Sun and Moon.

It sounds like good news, as they were supposed to be the first games in the Pokémon series made available in traditional and simplified Chinese. However, Chinese fans are not happy, saying the games show no respect to their language or memories.

Until now, everything in the Pokémon universe had used different translations within the region, but Nintendo wants to unify them: in Greater China, Pokémon will be officially called Jingling Baokemeng in Mandarin.

Gamers in all the Chinese-language regions are upset about the new nomenclature. But fans in Hong Kong – where the official language is not Mandarin but Cantonese – are the most irritate by the changes.

When Nintendo revealed the Chinese-language names of the original 151 Pokémon characters earlier this month, Hong Kongers were unhappy that many were renamed in a Mandarin way.

While in Mandarin the name sounds similar to the global name Pikachu), in Cantonese it reads as Pei-kaa-jau, which sounds like a completely different name. As a result, dozens of Hong Kong protesters marched on Monday (May 30) morning to the Japanese Consulate in Central.

They were requesting – demanding yet – that Nintendo choose a different Cantonese translation for the new Pokémon video game in Hong Kong.

According to the protesters, Nintendo “should respect our local culture;” they vowed to boycott Nintendo on its Hong Kong Facebook page if the Japanese company doesn’t respond positively to their demands.
Image Source: Mascot Cosplay